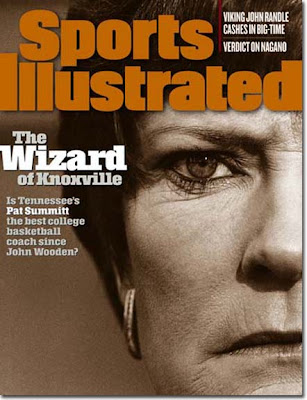 March Synchroblog: All about Eve In honor of Women's History month, posts for this synchroblog will be "all about women". See list of synchrobloggers below.

Legendary Coach Pat Summitt can almost single-handedly be credited for changing the face of women's basketball. She is a leader with determination not only to win, but to win on a repeated and consistent basis.

Pat grew up with 3 older brothers(1 younger sister) and states that she can remember her mother doing everything for them and her dad. One example she recalls is her brothers holding up their tea glasses when they were empty and shaking them. A sign to her mother that they needed more tea. Pat would watch as her mother would serve them and she remembers thinking, "This isn't right!"

Was this a motivating factor to her success? Maybe. But, even if it wasn't, Pat Summitt has definitely changed inequality in NCAA basketball and now has begun to change the world with her foundation to increase awareness of Alzheimer's Disease.

Pat Summitt has had an extraordinary career as the head coach of the University of Tennessee (UT) Lady Volunteer's women's basketball team.  Her achievements are in the hundreds.  Here are just a few:

-She is the all time winningest coach in the history of men's and women's NCAA basketball.  Last count on her UT bio is 1071 wins to 199 losses (.843).  Mike Kryzewski, coach of the men's basketball team at Duke trails her at 833 wins to 274 losses (.752)
-She has coached 8 NCAA championship teams. Trailing only John Wooden with 10 NCAA titles
-She has 16 Southeastern Conference (SEC) titles and 14 SEC tournament titles
-She was named the Naismith Coach of the Century in 2000
-72% of her players have been Olympians, All-Americans, Academic All-Americans, and members of the U.S. National Team
-In 2009, The Sporting News named the 50 Greatest Coaches of All-Time.  She was 11th on the list and the only female on the list
-She was the first female basketball coach to earn a contract over a million dollars (compared to her salary as a coach in 1974 which was $8900) 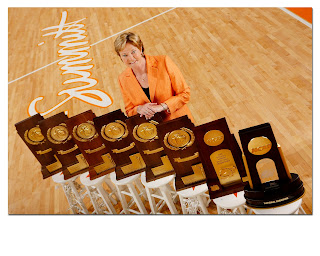 Pat's peers describe her as well-respected, an educator, a role-model, a pioneer, ethical and a motivator.  Her players describer her as intense, determined, competitive, tough, demanding, strategic, caring and also a motivator.

"She genuinely thinks we are going to win every ball game.  She projects it.  She could say, 'Here's the game plan.  We're going to run backward down the court, and take our bras off, and swing them around our heads' And they'd(her players) nod their heads and say, 'Sounds like a winner, Coach. When do you want us to start running?'" -Mickie Demoss(assistant coach)

Pat believes ethics, principles and success should be inseparable.  She has developed her own set of principles that is called The Definite Dozen.  About these principles Pat states, "Long-term, repetitive success is a matter of building a principled system and sticking to it.  Principles are anchors; without them you will drift." 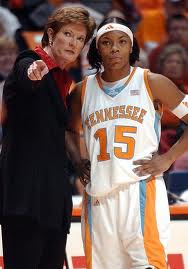 1.  Respect Yourself and Others
2.  Take Full Responsibility
3.  Develop and Demonstrate Loyalty
4.  Learn to Be a Great Communicator
5.  Discipline Yourself So No One Else Has To
6.  Make Hard Work Your Passion
7.  Don't Just Work Hard, Work Smart
8.  Put the Team Before Yourself
9.  Make Winning an Attitude
10.  Be a Competitor
11.  Change Is a Must
12.  Handle Success Like You Handle Failure

This system has definitely proven to be a motivator for her players on the court.  Off the court, this has proven true as well.  Pat has a 100% graduation rate for all Lady Vols who have completed their eligibility at Tennessee.

On August 22, 2011 at the age of 59, Pat Summitt announced she had been diagnosed with early onset dementia, Alzheimer's type. In her true competitive and courageous style, she is determined to take on this disease. She started her own foundation dedicated to raising awareness and money for education, support and research of Alzheimer's. On November 27, 2011 her foundation gave $75,000 to the UT Medical Center and $75,000 to Alzheimer's Association of Tennessee. This foundation has had such a tremendous impact that the Mayo Clinic thanked her for her efforts and stated they would "wholeheartedly support her foundation".  (See The Mayo Clinic's Letter to Pat) 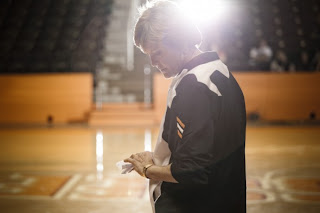 I really can't say enough about Pat Summitt. I would have to write an entire book to even begin to describe her role in the change of women's basketball and the change she has had in the lives around her.

As I type this, it is "March Madness" and ESPN and ESPN2 are televising the women's NCAA basketball tournament (it used to be that only the men's tournament was televised).  And, the Lady Vols are in this tournament.  Pat has had multiple appearances in the tournament with a record of 109-22(.838).

Lastly, one of Pat's recent accolades that I believe is definitely worth mentioning in light of Women's History month:

Pat was awarded the Alliance of Women Philanthropists' Brenda G. Lawson Legacy of Leadership Award at the group's annual Women and Philanthropy Symposium at the Knoxville Marriott on March 10, 2012.

The Awards Criteria:
• Committed to furthering the goals of the Alliance of Women Philanthropists
• Supports the University of Tennessee through contributions of talent, time, and financial means
• Dedicated to supporting UT in its instructional, research, outreach and fundraising initiatives
• Educates, empowers, and inspires women to be philanthropic leaders at the University of Tennessee
• Encompasses a variety of ideals including volunteerism, generosity, sacrifice, compassion, sensitivity, and humility

Pat is continuing to coach her team as her diagnosis was considered "mild".  I have no doubt that she will continue to succeed both on and off the court.  She has already left an insurmountable mark in the history of women's basketball.  And, I believe her mark on the world has only just begun.

Michelle Morr Krabill – Why I Love Being a Woman
Marta Layton – The War on Terror and the War on Women
Ellen Haroutounian – March Synchroblog – All About Eve
Jeremy Myers – Women Must Lead the Church
Carol Kuniholm – Rethinking Hupotasso
Wendy McCaig – Fear Letting Junia Fly
Jeanette Altes – On Being Female
kathy escobar – replacing the f-word with the d-word (no not those ones)
Melody Hanson – Call Me Crazy, But I Talk To Jesus Too
Glenn Hager – Walked Into A Bar
Steve Hayes – St. Christina of Persi
Leah Sophia – March Syncroblog-All About Eve
Liz Dyer – The Problem Is Not That I See Sexism Everywhere…
Sonja Andrews – International Women’s Day
Sonnie Swenston-Forbes – The Women
Christine Sine – It All Begins With Love
K.W. Leslie – Undoing the Subordination of Women
Carie Good – The Math of Mr. Cardinal
Dan Brennan – Ten Women I Want To Honor
Posted by Tammy Carter at 8:29 PM 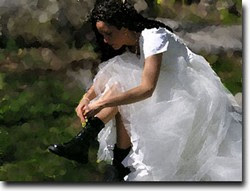 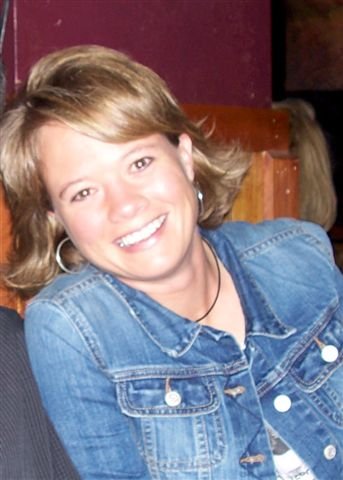